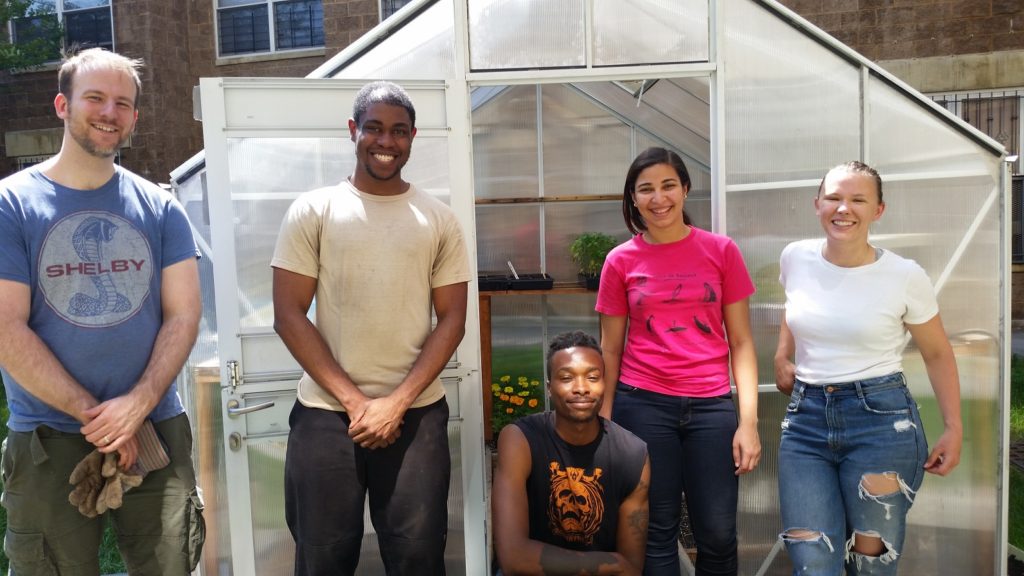 That’s a wrap! The 2017 farm season may be over, but residents of WHEDco’s Intervale Green affordable housing development in the South Bronx can continue to apply some of what they learned as part of this year’s educational initiatives at our rooftop urban farm.

During the 2017 farm season, nutrition efforts took center stage thanks to an increase in the number of workshops and food demos hosted at the farm, in partnership with organizations like Cornell Cooperative Extension, Food Heaven Made Easy, and eat2explore. Throughout the year, we hosted 15 events, which impacted 158 building residents of all ages.

During the Cornell Cooperative Extension classes led by Nancy Campos, residents enjoyed learning about a wide range of nutrition topics, from portion control and serving sizes, to shopping on a budget. Each week featured a recipe that corresponded to that week’s lesson. At the end of the 6 week session, each participant was awarded a certificate of completion.

Food Heaven Made Easy, created by registered dietitians Wendy Lopez and Jessica Jones, promotes healthy and nutritious recipes, many of which are featured in their book “28 Day Plant-Powered Health Reboot”. Wendy took the time on a Saturday afternoon to walk the residents through a recipe for her one-pot chili, a perfect fit for the fall season. We used tomatoes and jalapeños from the roof to make this delicious dish.

To close out the season, we hosted two cooking demonstrations with one of WHEDco’s Bronx CookSpace tenants, eat2explore, an experiential meal kit service for families, which seeks to inspire in kids a passion for cooking and an appreciation for other cultures. During the cooking demos, building residents learned how to use produce from the rooftop farm to make tasty dishes like penne with eggplant, tomatoes, seasonal greens, and fresh herbs.

WHEDco held weekly produce giveaways, with a total of 130 pounds of produce distributed to more than 80 families at our Intervale Green building throughout the year.

As in previous years, WHEDco once again hosted its annual Harvest Festival and Thanksgiving Herb Giveaway, featuring healthy snacks like fruit and popcorn instead of the candy! The Thanksgiving Herb Giveaway coincided with one of eat2explore’s food demos, where residents learned how to make an Herb & Sausage Stuffing using herbs like sage and oregano from our rooftop farm.

WHEDco’s rooftop urban farm not only produces fresh, nutritious food for the community, but it also provides a green, healthy outdoor space where residents can enjoy fresh air while tending to the garden. Some of our residents love to come out to the garden to give our Farm Manager a hand! Thanks to Tonya and Annie for helping our Farm Manager prepare for weekly harvest giveaways, and to Christina and Gigi for helping to pick ground cherries after our food demo with Food Heaven Made Easy.