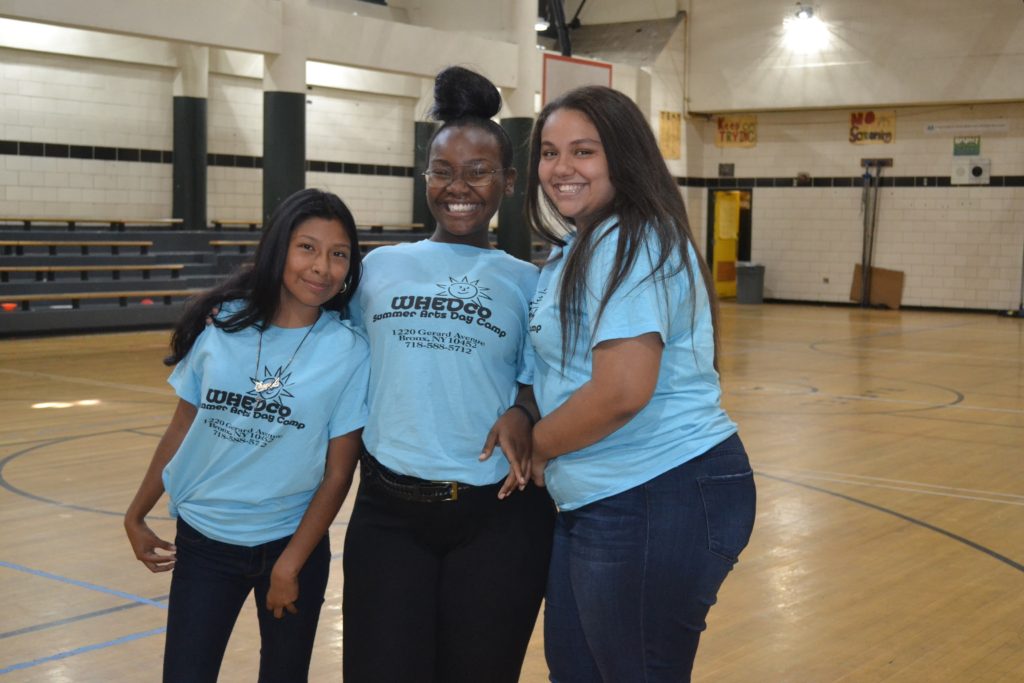 The majority of our STEP graduates this year are leaving PS/MS 218’s familiar hallways to begin their academic journey at some of the top high schools around the city, including Bard High School Early College Queens, The Bronx High School of Science, Young Women’s Leadership School, Talented Unlimited High School, and Manhattan Village Academy.

“I’m used to this building. It’ll be hard to transition to a different school!”

~Madison Valdez, a Project STEP participant who will be attending Bronx Collegiate Academy, a high-performing school in the South Bronx.

For Madison and many of her peers, this will be their first time stepping into a new school. Many of them have attended PS/MS 218 since kindergarten, and have participated in WHEDco’s programs since then.

There’s a mix of nervousness and excitement.

“Everybody’s made it seem like high school is this big, scary thing, but now I see my high school is a friendly place. I don’t have to be afraid because they support me.”

~ Emy Perez, who’s been accepted into high-performing Eximius College Preparatory Academy. To prepare for her transition, Emy is participating in the Hayden Foundation Summer Bridge Program for incoming 9th graders.

This year, 70% of students in WHEDco’s Project STEP were accepted into high-performing high schools, compared with 24% of their peers not enrolled in the program. High performing schools are defined by results on proficiency tests, college readiness performance and graduation rates.

Over the summer, Emy, Madison, and other Project STEP graduates have been volunteering at WHEDco’s Summer Arts Day Camp at PS/MS 218, which serves 300+ campers. It’s their first taste of the “real world” and what it feels like to “have a job”. During their shifts at summer camp, they help counselors with the kids, and provide support during activities like drama, music, art, dance, yoga, and chess.

“I like it. Kids respect me!” says Shandel Daniel, another Project STEP graduate who’s moving on to high school.

When reflecting on the years they participated in Project STEP, Emy, Madison and Shandel agree that high school prep was critical to helping them make the right choices.

Students in WHEDco’s Project STEP have consistently outperformed students of the same grade level who do not participate in the program (as seen in the chart below).

And as they look toward the future, Emy, Madison, and Shandel have some advice to incoming 8th graders:

“Take things seriously, and strive to do your best,” says Madison.

“Don’t leave anything for the last minute,” says Emy. “You have to do everything on time.”