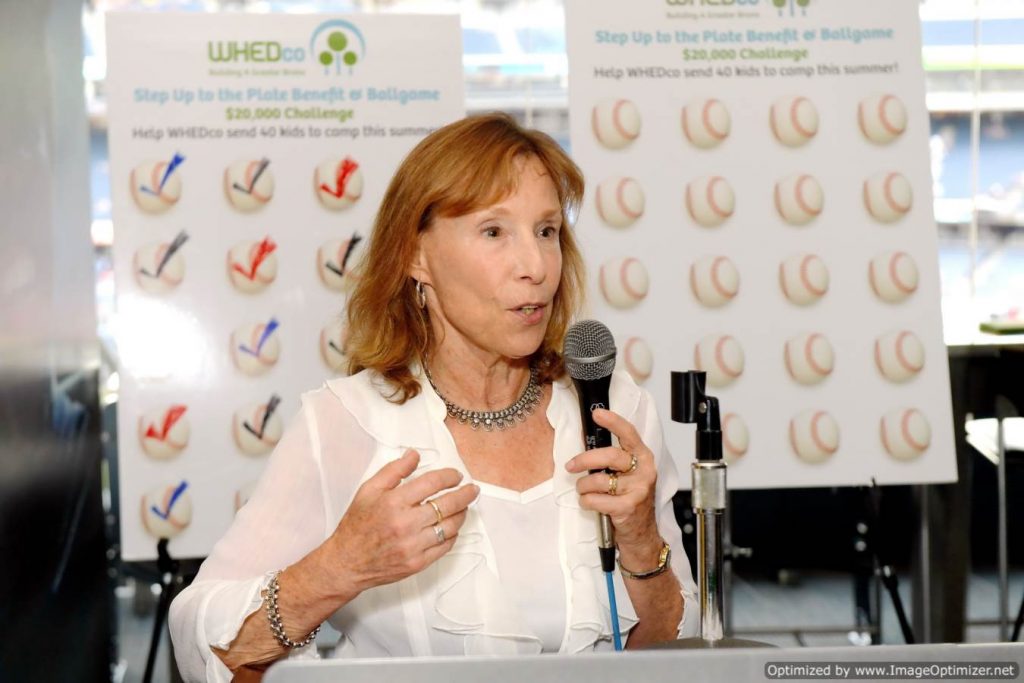 New York, NY – Nancy Biberman, president and founder of the Women’s Housing and Economic Development Corporation (WHEDco), has been announced as the winner of the 2016 Peter B. Goldberg Aramark Building Community Executive Leadership Award. Now in its sixth year, the award honors one exceptional chief executive who leads neighborhood-based strategies that improve the health and wellbeing of families and communities. The honor includes a $40,000 Aramark grant to WHEDco, which they will use for overall organizational support, development and growth.

Biberman is an expert on green, affordable housing and community development with over thirty years of experience in advocating for greater equity and justice in New York City. She founded WHEDco in 1991, based on the idea that all people deserve to live in healthy, vibrant communities. Under Nancy’s leadership, WHEDco has built award-winning, sustainable affordable homes in the South Bronx, and will break ground their third and most ambitious project in 2017: Bronx Commons, a 361,600 square foot mixed-use development that will feature 303 affordable homes with a cultural center and performance space at its core.

“I am so grateful to receive this recognition from Aramark and the Alliance. At a time when New York City, and the Bronx in particular, is facing an acute affordable housing crisis, it is more important than ever to recognize the role of nonprofit developers and community organizations like WHEDco in being part of the solution – not just in creating housing, but in building strong communities with all the economic, educational, cultural, and infrastructural resources people need to thrive,” said Biberman. “I am honored to do this work alongside my dedicated team at WHEDco, and we look forward to continuing to strengthen and uplift the South Bronx community.”

“Aramark is honored to support this award because it puts the spotlight on leaders who are effective, collaborative and evoke inspiration while highlighting the critical work and impact of community centers,” says Bev Dribin, Aramark vice president of public affairs. “Nancy’s fierce determination to establish desperately-needed affordable living spaces and social services in the South Bronx has resulted in more stable and successful families.”

“The Alliance is proud to honor Nancy Biberman, a leader who recognizes that aspirations and strengths can be the foundation for meaningful, lasting change,” says Susan Dreyfus, president and CEO of the Alliance. “And, we are proud to have a partner like Aramark, who recognizes that strong neighborhoods need effective and innovative community leaders.”

Since 2011, Aramark and the Alliance for Strong Families and Communities have recognized and showcased outstanding community center leaders and fostered greater awareness of the important work they do through this award. The award was named in memory of Peter Goldberg, who served as president and CEO of the Alliance for Children and Families and CEO of United Neighborhood Centers of America until August 2011.
Biberman and WHEDco were chosen out of nearly 30 fellow Alliance member network organizations that applied from across the United States.

About the Alliance for Strong Families and Communities

The Alliance for Strong Families and Communities is a national organization dedicated to achieving a vision of a healthy society and strong communities for all children, adults, and families. The Alliance works for transformational change by representing and supporting its network of hundreds of nonprofit human serving organizations across North America as they translate knowledge into best practices that improve their communities. Working with and through its members network on leadership and advocacy, the Alliance strives to achieve high impact by reducing the number of people living in poverty; increasing the number of people with opportunities to live healthy lives; and increasing the number of people with access to educational and employment success. Go to alliance1.org for more information.

Aramark (NYSE: ARMK) is in the customer service business across food, facilities and uniforms, wherever people work, learn, recover, and play. United by a passion to serve, our more than 270,000 employees deliver experiences that enrich and nourish the lives of millions of people in 21 countries around the world every day. Aramark is recognized among the Most Admired Companies by FORTUNE and the World’s Most Ethical Companies by the Ethisphere Institute. Learn more at www.Aramark.com or connect with us on Facebook and Twitter.

Through Aramark Building Community, Aramark has invested nearly $9 million since 2008, in volunteer expertise, financial and in-kind resources to strengthen the capacity of community centers in over 50 cities, involving the skills and expertise of more than 30,000 employees and impacting over 4 million people. Learn more at www.Aramark.com or connect with us on Facebook and Twitter.