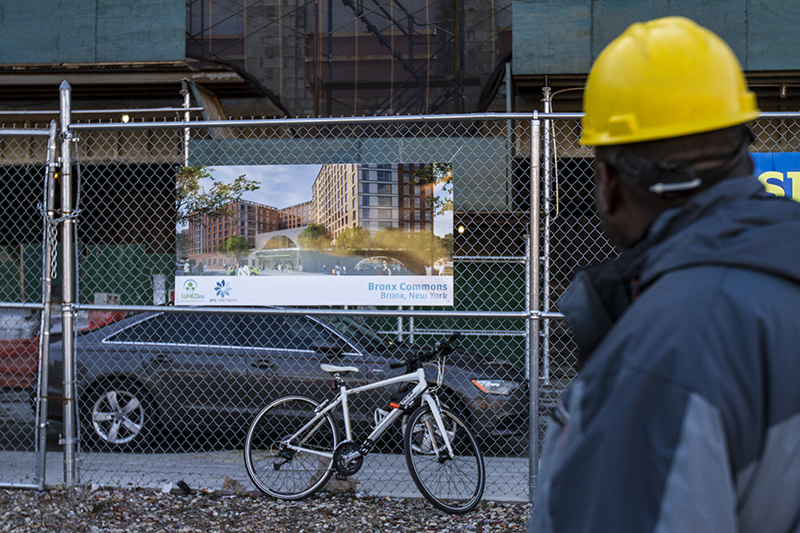 On Friday, January 13, 2017, WHEDco broke ground on its third and most ambitious affordable housing development yet: Bronx Commons!

The development will be constructed in the Melrose neighborhood of the South Bronx, in partnership with BFC Partners, and will provide 305 much-needed affordable housing units in one of the poorest congressional districts in the country.

Bronx Commons seeks to change how communities think about affordable housing. The 426,000 square foot mixed-use development will not only house families with incomes ranging from 30-90% area median income, including families and individuals coming out of the shelter system, but it will also boast state-of-the-art sustainability features, recreational and open space, and places to eat and shop, all anchored by the Bronx Music Hall, a new music venue, gallery, and arts-based community center. With apartments that span seven income bands, Bronx Commons is one of the most widely affordable new developments in the city.

The groundbreaking was attended by local elected officials, project funders and donors, corporate and foundation partners, WHEDco Board members and staff, local artists, and community residents. And even though the day was cold and windy, the 100+ attendees were warmed by the progress that the Bronx is making in affordable housing and cultural preservation. The burritos and refreshments from Cinco de Mayo Authentic Mexican Cuisine, a local restaurant, also helped in that regard!

Multi-Grammy nominated percussionist Bobby Sanabria and Quinteto Abure headlined the event, which also included performances by hip-hop duo Circa ‘95 with Patty Dukes and Reph Star, and WAFFLE, a multi-disciplinary LiteFeet-style dance collective. This was a mere glimpse of the music and cultural programming that the Bronx Music Hall will bring to the area.

Once completed, the Bronx Music Hall will be a state-of-the art venue where Bronx residents and visitors from around the city and the world can enjoy music and dance through high-quality shows and exhibits; explore Bronx music history and understand its lasting legacy and contributions to today’s popular music; and actively participate in music and art-making. It will feature flexible performance space; a permanent, interactive exhibit that connects visitors to the history and influences of Bronx music; rehearsal and classroom spaces; gallery space for temporary or traveling exhibitions, and an outdoor plaza for recreation and open-air performances. 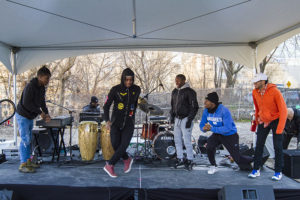 Want to see a photo recap of the day? CLICK HERE!