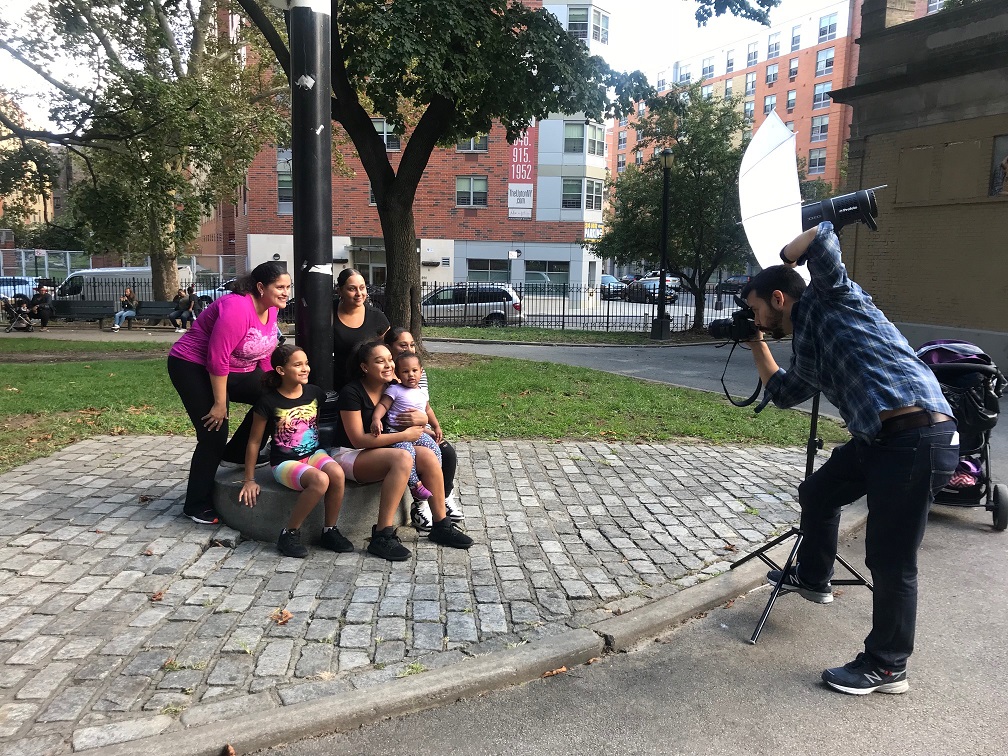 It was all about Bronx families on September 29, 2018, when community members gathered at Railroad Park in Melrose to celebrate the culmination of an arts residency project with photographer David Flores that aimed to showcase the beauty and diversity of families!

Nueva Bronx: 21st Century Families was a six-week residency that brought free family portraiture to the community with on-site photography, printing, display and digital sharing. The project aimed to show that family, in all of its beautiful forms, stands as a cornerstone of the human experience, creating intersections between past, present and future and simultaneously weaving larger connections in the community.

Flores’ project was his response to recent nationalist movements that have attempted to remove and erase familial representations of immigrants, promoting a racist, xenophobic and criminalized gaze on newcomers to the United States. 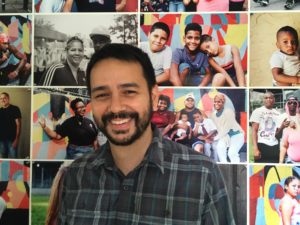 “When you have family –however you define it– that’s the cornerstone of community. So, no matter what some ignorant bigot says, we got that. That’s it. It’s not anything we didn’t know before, but when you can do it and when you can print it at scale and share it in a public space, it’s a nice reminder that, that’s there,” said Flores.

The culminating event featured an all-day art & photo project installation on view. Parents, children, elders, and extended family and friends were all encouraged to participate in the making of formal images, and were able to leave the event with a large format print of themselves, free of charge.

“We have a pretty big family of girls, and we thought it would be nice to have nice pictures. And it’s about family and trying to show some strong women empowerment. So I really wanted a picture of all of us, and we said ‘Dad, you can get in at some point!’” said event attendee Haydee.

Meanwhile, another attendee, Shawanda Matthews, reflected on the importance of bringing projects like these to the community: “I would like to just say that this is a wonderful thing that you are doing for the children and the people of this community. It’s been a long time coming and I hope more projects come this way. Thank you very much!”

The celebration included dance performances and workshops, featuring Dance through the World with Lisa Green, during which participants of all ages enjoyed a taste of world dances and explored a fusion of cultures, with elements from Africa, the Caribbean and Bronx-born Hip-Hop.

Nueva Bronx: 21st Century Families was made possible by ArtBuilt, in partnership with NYC Parks and the Queens Museum, with support from the National Endowment for the Arts, Surdna Foundation, and The New York Community Trust. Community partners included The DreamYard Project, WHEDco, and The Bronx Defenders.