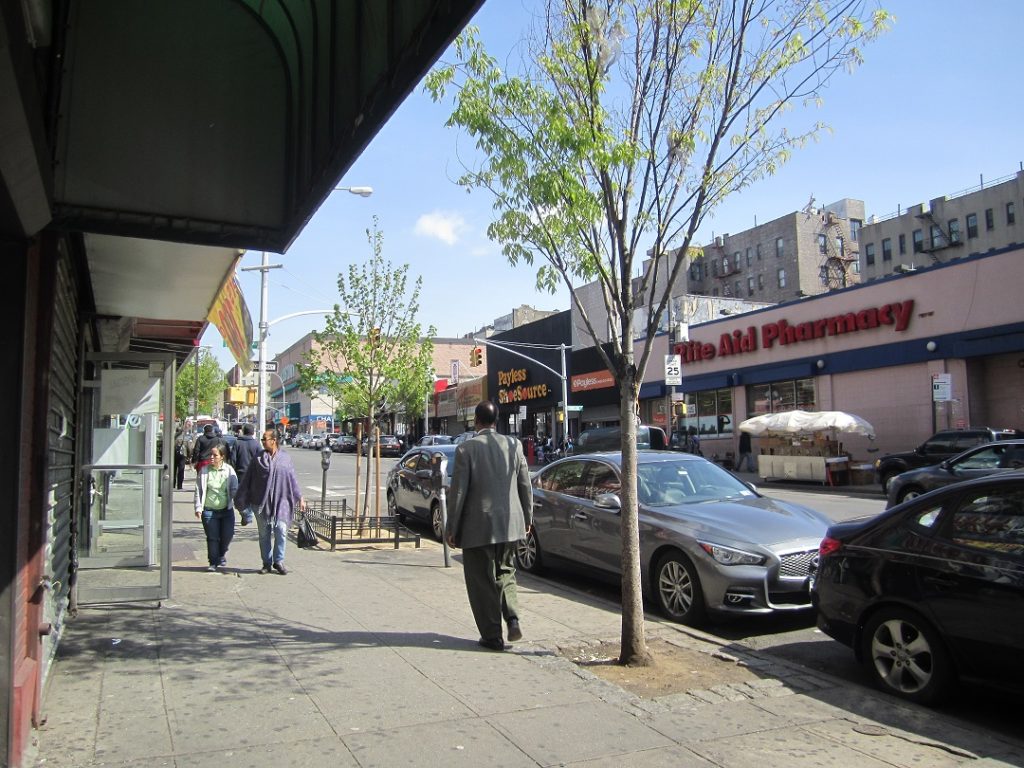 With support from the NYC Department of Small Business Services (SBS) in 2016, WHEDco assessed the needs of the area around the Jerome Avenue commercial corridor from McClellan Avenue up to the Cross Bronx Expressway.

This corridor serves as a major transit artery in the West Bronx, connecting several densely populated neighborhoods. It is also distinguished by the elevated train, its low-scale industrial and automotive-related businesses, and an increasingly diverse population.

Key results of our findings are highlighted in the Jerome Avenue Commercial District Needs Assessment (CDNA) report produced by SBS. The report also includes the findings of the Davidson Community Center, which assessed the needs of the northern part of the Jerome Avenue corridor above the Cross Bronx Expressway.

The findings revealed the need for improved street conditions, including better lighting, and a more diverse retail mix, along with other corridor needs.

To continue our work on and around Jerome Avenue, WHEDco was recently awarded a 3-year Neighborhood 360° grant.

“WHEDco is grateful for the continued support of NYC’s Department of Small Business Services through its Neighborhood 360° program. This exciting new initiative will allow us to address the needs and opportunities identified by the hundreds of community residents, young people, merchants, and others who informed the CDNA,” said Kerry A. McLean, Vice President of Community Development at WHEDco.