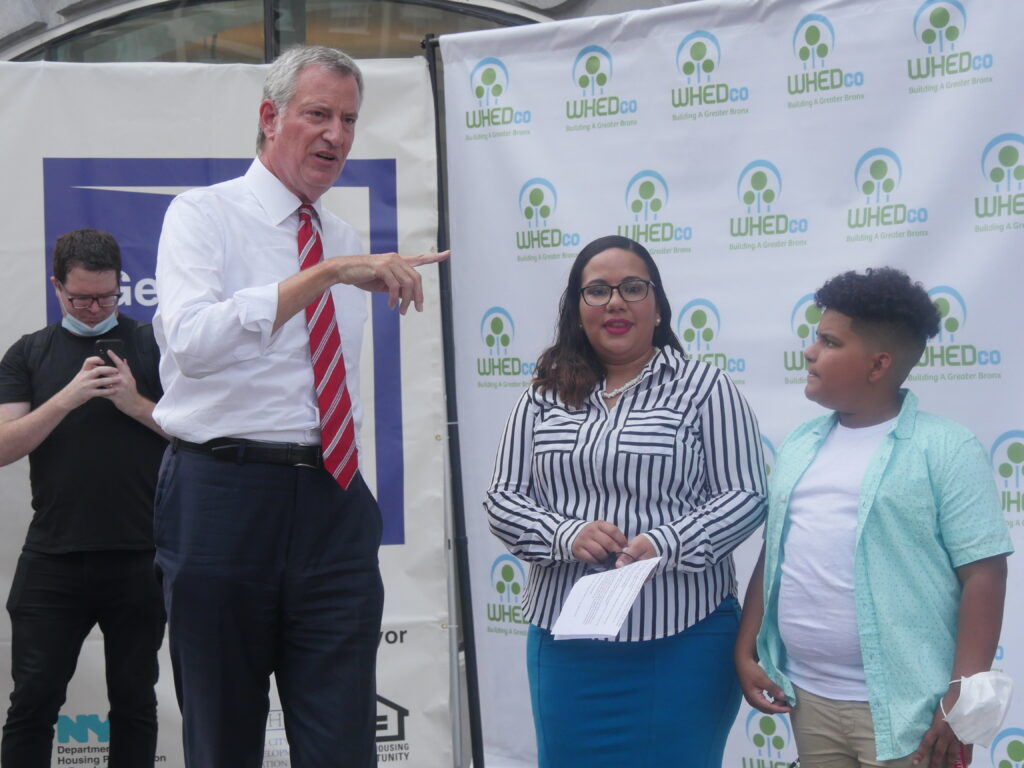 WHEDco was honored to host Mayor Bill de Blasio, Deputy Mayor Vicki Been, NYC Department of Housing Preservation and Development (HPD) Commissioner Louise Carroll, and Council Member Rafael Salamanca at our Bronx Commons development yesterday for the City’s announcement that it has secured over 28,000 affordable homes through new construction and preservation in Fiscal Year 2021.

Bronx Commons, now home to 305 families — including 39 formerly homeless families — was championed as a model mixed-use development that meets the needs of residents and the broader community alike.

The most powerful message of the day came directly from a Bronx Commons resident, Amara, whose two children joined her on stage with the Mayor. She said, “For us, this isn’t just an apartment. It’s a place we call home. And there’s nothing more liberating than having a place to call your own.”

Thank you to all who attended this wonderful celebration of the life-changing opportunities created by affordable housing and dynamic buildings that respond to community needs.