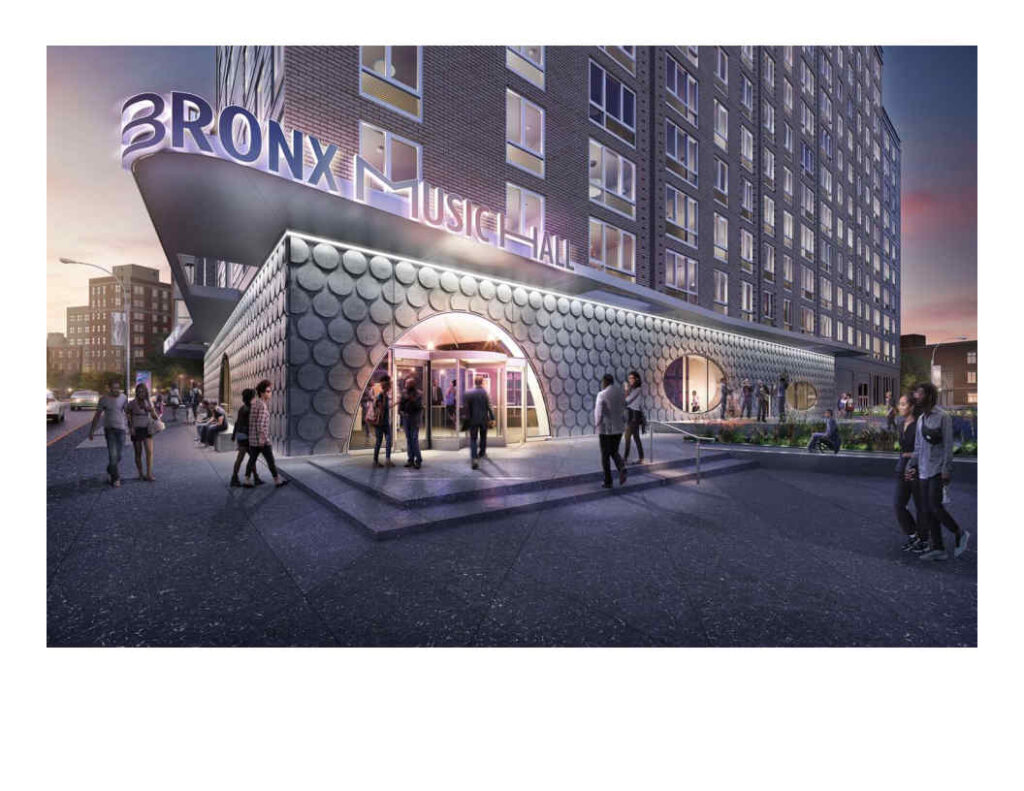 WHEDco has received a $2.5 million grant from The Andrew W. Mellon Foundation to complete construction of the Bronx Music Hall. The 14,000 sq. ft. music hall will be the first newly constructed music performance venue to open in the Bronx in more than a half century.

“The Bronx Music Hall will be a permanent state-of-the-art community cultural asset that responds to historic inequities in resources that support true, innovative, community development. It will vastly expand cultural opportunities and offerings for our residents and will contribute positively to the cultural, social, and economic recovery of the South Bronx, greater New York City, and beyond.”
-Davon Russell, WHEDco’s President

Funding from the Mellon Foundation will allow WHEDco to finish the main theatrical elements of the $15.4 million Bronx Music Hall, including lighting, audio, visual, and other equipment, acoustical treatments, seating and staging, the marquee, and architecture and theatrical project management. Completing these elements will ensure the Bronx Music Hall provides a state-of-the-art venue for a wide variety of humanities-focused interdisciplinary programs.

“The Bronx Music Hall is the culmination of more than a decade of advocacy, engagement, and planning by Bronx historians, musicians, planners, designers, and community stakeholders. This investment and new facility has the potential to help shape and sustain a more equitable and just community in the Bronx and New York City.”
-Justin Garrett Moore, Mellon Foundation Humanities in Place program officer