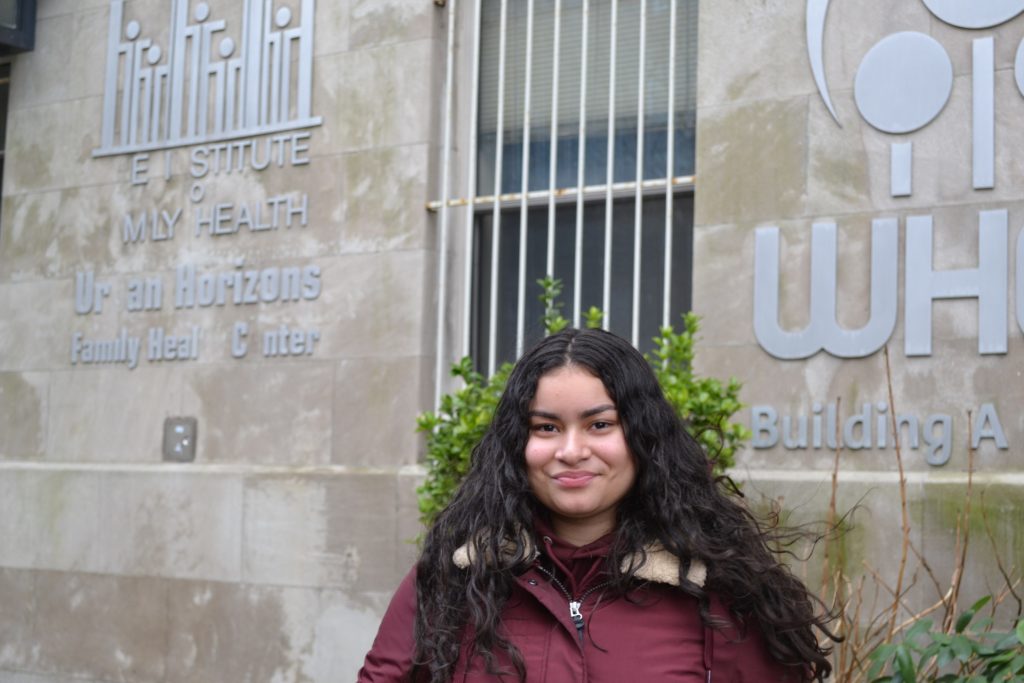 Natalia Baez is no stranger to adversity. Born to immigrant parents who hailed from the Dominican Republic, she was raised in the Bronx by her single mother. Her father had passed away when she was only nine years old, leaving her mother –who worked as a home attendant– to raise Natalia and her two sisters on her own. Natalia remembers moving often as a child, and seeing her mother struggle to pay the bills.

Today, Natalia is a high school senior at Manhattan Village Academy, a high-performing public high school in Chelsea, Manhattan. She recently won a full tuition scholarship from the Posse Foundation to attend Lafayette College in Easton, Pennsylvania – a great accomplishment, considering that only 10 students were awarded this scholarship, out of 3,300 who applied.

“When you come from a low-income neighborhood, education is all you have to get ahead in life,” says Natalia, adding that, from a very early age, she learned that she had to take initiative in order to find ways to help herself and her family.

Natalia has been a lifelong participant of WHEDco’s education programs. She attended pre-school at WHEDco’s Early Childhood Discovery Center, and participated in WHEDco’s Afterschool Enrichment Program at PS/MS 218 from kindergarten through eighth grade. While in high school, she participated in WHEDco’s Teen Program, a college access initiative that engages teens through educational, cultural, and recreational activities, while providing them the academic support and opportunities they need to get accepted into, and succeed in, college. 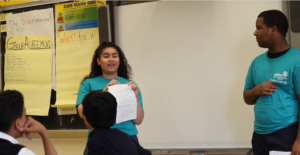 She also worked as a peer educator in WHEDco’s Just Ask Me (JAM) Program, a peer-led sexual health education initiative that aims to equip students with the skills they need to develop and maintain healthy relationships throughout their lives, while providing a safe space for dialogue about what they hear in the world and see online. In the peer-led workshops, trained high school students –such as Natalia– educate middle schoolers about consent and healthy relationships, as well as other important topics like anatomy, safe sex, and pregnancy prevention.

“Before becoming a JAM peer educator, I felt I was shy, and I was afraid of speaking in front of other kids,” says Natalia. “JAM not only provided me with a lot of information, but it also helped me with my public speaking skills.”

Natalia believes that WHEDco’s programs have prepared her for the challenges and opportunities she’s encountered throughout her academic career, such as excelling in a high-performing high school, pursuing an internship at a Manhattan law firm, and attending a three-week study abroad program in Germany over the summer.

“I feel like I’ve done so much, and I’m only in high school!” gleams Natalia. “If I didn’t have WHEDco, I wouldn’t be where I am today.”

As she looks toward her future in college, Natalia is nervous and excited. Although she hasn’t declared her major, she is leaning toward business and, potentially, a future career in Wall Street.

When asked to reflect on where she came from and where she’s going, she says: “Being from the Bronx and of Dominican descent, you face a lot of stigma. But being from the Bronx also teaches you about community, and you learn not to judge others because you’re all in the same boat. I feel my experiences have made me stronger, and I hope that I’ve helped to open doors for my younger sister, who’s a better version of me.”