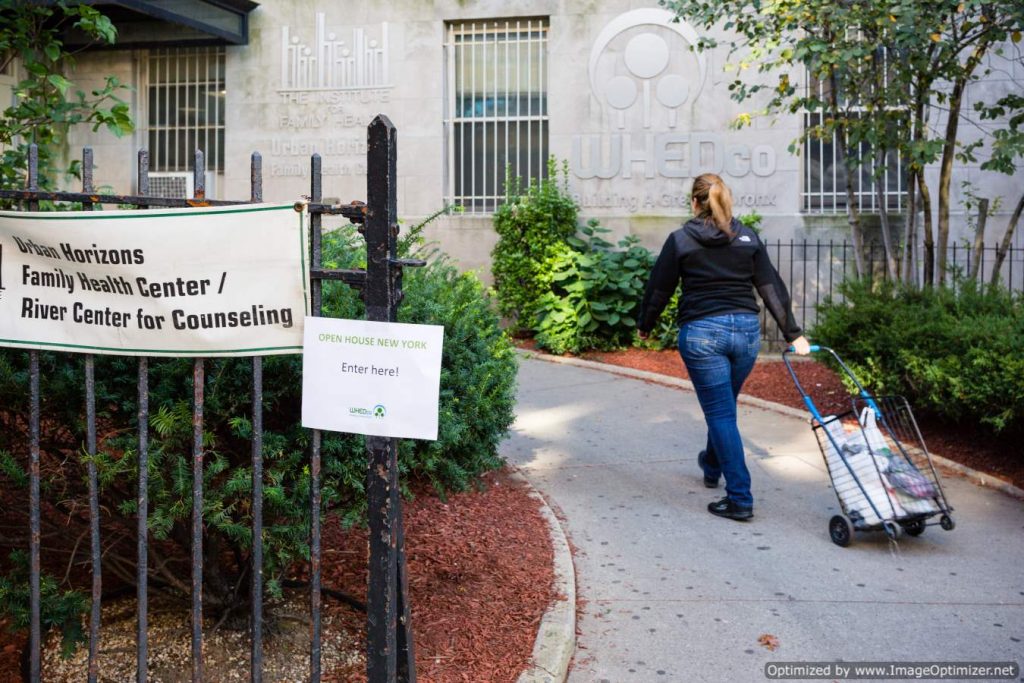 Designed by architect Charles Meyers, Morrisania Hospital opened its doors in 1929, and operated as a public hospital until 1976, when it was closed due to the fiscal crisis. The structure remained abandoned for decades, until nonprofit developer WHEDco acquired and renovated it in the 1990’s, preserving much of the original Renaissance Italian-style architecture while adapting it to its current use, which consists mainly of affordable housing for low-income families and a wide range of services for the local community, including an Early Childhood Discovery Center, the Home-based Childcare Training Institute, a healthcare clinic, and the Bronx CookSpace, which operates as a food business incubator.

It was a lovely, sunny day, and 50+ people came over to tour the building, discover its history, and learn more about WHEDco and the communities we serve. Interestingly enough, in three of the tour groups, we had doctors who had worked at Morrisania Hospital in the mid-70’s, around the time it closed. Some people had been in the hospital as patients. Those who had lived in the Bronx decades ago recalled the building as an abandoned structure.

Special thanks to Open House New York for including us in this amazing annual event, and to the awesome OHNY volunteers -Michelle, Aimee and Maya- who provided assistance throughout the day! (Photos by Linda Visser for OHNY.)