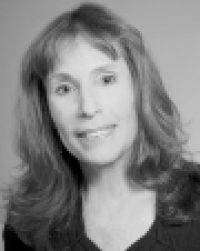 Nancy began her career as a Legal Services lawyer. She was part of a team that sued New York City and State, winning the first class action lawsuit in the country to give battered women access to the court system and police protection. In 1980, she helped to create the SRO Law Project, and became the director of its East Side office. In search of more permanent solutions to the housing crisis plaguing the city’s poor, Nancy left the SRO Law Project in 1985 when she was awarded a Revson Fellowship to study at Columbia University’s School of Architecture and Planning. During that time, she developed a multigenerational housing plan for low-income tenants and raised $8.6 million for a 100-unit dwelling on Manhattan’s Upper West Side. The completed project is the nationally recognized West End Intergenerational Residence, known for its breakthrough programs.

In 1988, Catholic Charities hired Nancy to manage a $60 million, city-financed housing rehabilitation project in the South Bronx. Nancy then formed the Women’s Housing & Economic Development Corporation (WHEDco) and set her sights on the neighboring Morrisania Hospital, a stately but severely dilapidated building that had been abandoned for over twenty years. Raising $23 million to restore the building was an uphill battle in an often-hostile political climate, but in 1998, the restoration known as Urban Horizons began operations.

Nancy’s work has received recognition including the 2016 Peter B. Goldberg Aramark Building Community Executive Leadership Award, the 2009 National Charles L. Edson Tax Credit Excellence Award for Green Housing, the Paul Davidoff Award for Leadership in Housing and Equal Opportunity from the American Planning Association (2008), a James A. Johnson Fellowship from the Fannie Mae Foundation (2007), and a Revson Fellowship to study at Columbia University’s School of Architecture and Planning (1987). Nancy received her BA from Barnard College of Columbia University and her JD from Rutgers University School of Law. Nancy serves on the Board of Directors of Hostos Community College and the Freelancers Union Insurance Company.

Hear it from Nancy!

Click here to read her 2004 op-ed, Bronx By Design: Why Beauty Matters, where she lays the foundation for creative place-making and WHEDco’s general work in community development.