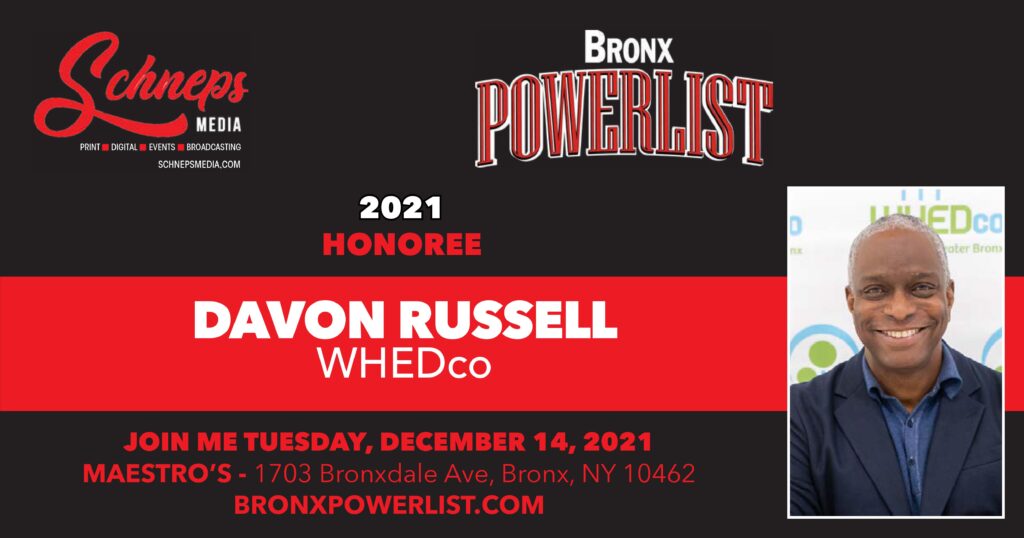 WHEDco is proud to announce recognition of our President, Davon Russell, as one of the most influential and impactful people in The Bronx. Davon was selected as part of Schneps Media’s inaugural Bronx PowerList and was honored for his commitment to the borough and the community.

On December 14th, Davon, his fellow honorees, sponsors and hundreds of guests gathered for a ceremony where honorees were presented Bronx PowerList awards.

Congratulations, Davon, and thank you to all who help WHEDco be a leader in the Bronx!