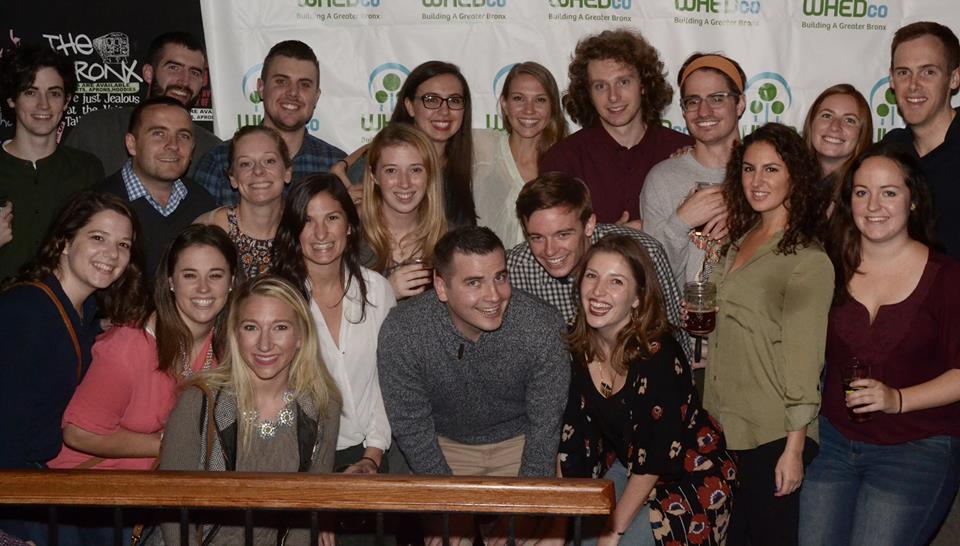 On Saturday, October 22, 2016, Boogie Down Beer Fest returned to Bronx Beer Hall for the second consecutive year. Organized by WHEDco and its Junior Board, the event aims to raise money and awareness about WHEDco’s mission to create healthier, more economically vibrant neighborhoods across the South Bronx. The 2nd Annual Boogie Down Beer Fest –which featured local craft beers, a live DJ and raffle prizes– was a stunning success, raising more than $6,000, about double the amount raised in 2015.

Event attendees were greeted at the entrance with mason jars and beer tokens as the DJ spun the latest pop and hip-hop tracks. Patrons were encouraged to purchase raffle tickets for a chance to win prizes such as New York Rangers tickets, New York Islanders tickets, and a signed and framed photograph of New York Knicks’ rookie star, Kristaps Porzingis.

WHEDco youth program alumnae addressed the crowd during the event, emphasizing the magnitude of WHEDco’s impact on their personal and professional development.

“I went to [WHEDco’s] after school program and my experiences there blew me away,” said Digser Abreu, a WHEDco alumna who is pursuing a Master of Arts degree in Sustainability at City College. “I got to learn who I was, who I wanted to be and what I wanted to do in life.”

Established nearly 25 years ago, WHEDco is a nonprofit community development organization that seeks to give the South Bronx access to all the resources that create thriving neighborhoods: from high-quality early education and after-school programs, to fresh and healthy food, cultural programming, and economic opportunity. All proceeds from the Boogie Down Beer Fest support its mission.

WHEDco thanks the Junior Board for its ongoing support, the Bronx Beer Hall for hosting the event, Mike’s Deli for donating food, and all of our raffle sponsors: Aronson Mayefsky & Sloan, LLP; City Row; From The Bronx; Garden of Dreams Foundation; The Bronx Beer Hall; The Bronx Historical Society; Weil Gotshal & Manges, LLP, and Work Train Fight. Big shout out to everyone who participated in the event: Your contributions directly impact the lives of countless families that reside in one of the poorest congressional districts in the country!