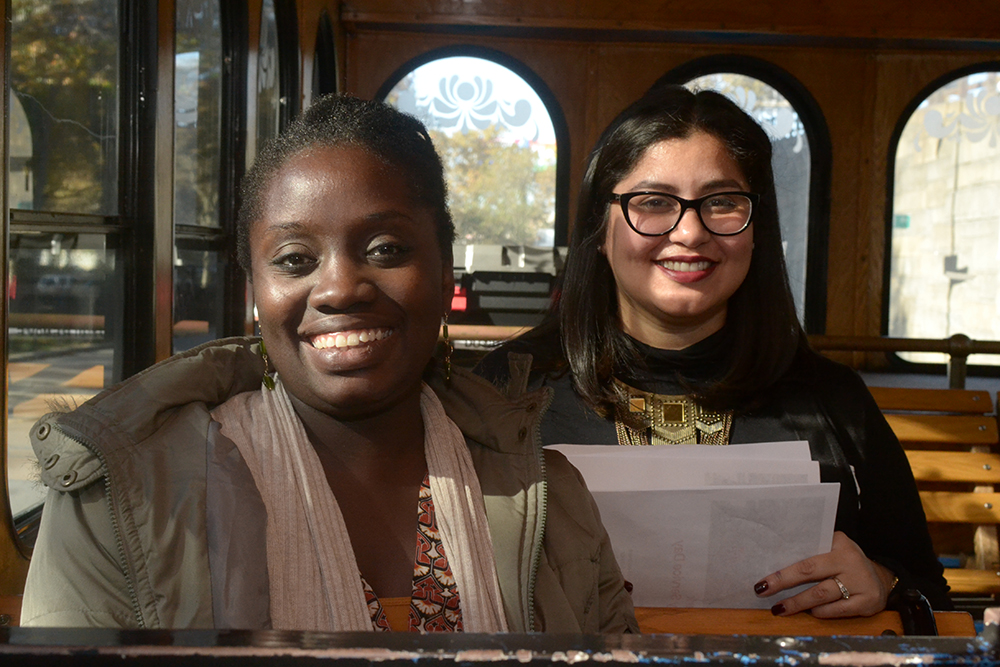 On Thursday, November 10, 2016, small business owners boarded a trolley and embarked on the Southern Boulevard Retail Space Tour to take their small businesses to the next level. The tour was organized by WHEDco, in partnership with the Southern Boulevard Merchant Association and NYC Department of Small Business Services, with additional support from NYC Business Solutions and the Small Business Administration. From apparel boutiques to real estate companies, owners of a wide variety of establishments convened at the Bronx Music Heritage Center (BMHC) to begin a tour that aimed to answer one simple question: Why their businesses should call the Bronx their home. 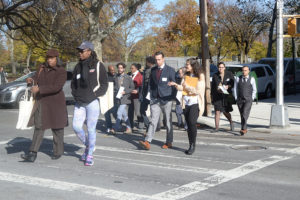 The first stops on the tour were vacant retail spaces near Crotona Park East, where the group of entrepreneurs met with Crotona Park Administrator, Shawn Cargil, to discuss the evolving culture of the neighborhood. Cargil also provided a small tour of Crotona Park, located across the street, and explained its significance to the surrounding commercial atmosphere. Patrons took detailed notes and photos of the retail spaces for further analysis; some even made calls to business partners to deliver observations.

The tour wasn’t only about attracting small businesses to the mainland: It was also about experiencing the culture of the Bronx, both past and present. Elena Martinez, Co-Artistic Director of the BMHC, guided the tour with key details about each neighborhood the tour visited.

“To your right you’ll notice suburban housing developments that reside on the exact spot where President Jimmy Carter visited the Bronx during a time of arson and urban decay,” said Martinez as she passed around the iconic photos of the historic event.

The tour topped off with a special visit to Southern Boulevard, where WHEDco helped patrons visualize the retail potential of a particular space by staging a makeshift boutique. The creative reimagining included shelves, registers and apparel folded and organized for sale. This last stop also featured a dance performance by W.A.F.F.L.E., a NYC-based dance group specializing in the “litefeet” dance form.

The Bronx has come a long way since Carter’s visit in 1977, and people are starting to notice. WHEDco’s retail space tours continue to showcase how the Bronx can help small businesses flourish, and we thank all who participated. Special thanks to Claud Design Co. for helping us to stage the retail space, and to the property owners and brokers who supported this initiative.