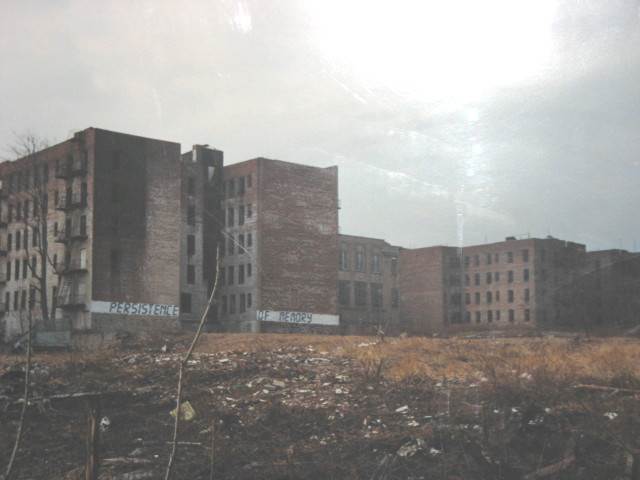 1992 – 1995: WHEDco works with residents of the Highbridge and Concourse communities to identify neighborhood resources and needs, including housing, education, and employment opportunities. WHEDco also partners with parents who were advocating for a community school to request that the New York City School Construction Authority designate part of the abandoned hospital site for the creation of a school.

1995: New York City awards WHEDco the Morrisania Hospital site, which had been abandoned for 20 years after operating as a public hospital from 1926-1976.

1995: WHEDco merges with the Athena Project, a women-led community-based childcare microenterprise program near the Morrisania Hospital.

1997: WHEDco completes the renovation of the Morrisania Hospital and opens Urban Horizons –which includes 132 units of affordable housing and provides a host of services to the community– and launches its first after-school program in Urban Horizons.

1998: The Urban Horizons Early Childhood Discovery Center, a Head Start program, opens. WHEDco’s programs are now fully operational in Urban Horizons, including a commercial kitchen with a culinary arts training program, a childcare training center led by former members of the Athena Project, a community food pantry, family support services, and an afterschool program, as well as a clinic in partnership with the Institute for Family Health.

1999: The Rafael Hernandez Dual Language Magnet School (PS/MS 218), co-developed by WHEDco, opens on the site of the Morrisania Hospital, completing the Urban Horizons campus, and WHEDco’s After-School program transitions into the school.

2005: The City awards WHEDco a site in the Crotona Park East neighborhood of the Bronx, the future site of Intervale Green.

2005 – 2010: WHEDco works with community members, merchants, and stakeholders in the Crotona Park East neighborhood to determine neighborhood resources and needs, and to establish priorities, including the formation of the Southern Boulevard Merchant Association (SBMA).

2009: The New York State Office of Children and Family Services (OCFS) selects WHEDco to implement the Childcare Improvement Project, thus expanding our Home-Based Childcare services beyond the Bronx and into all five boroughs.

2008: The New York City Department of Housing Preservation and Development (HPD) awards WHEDco a vacant site in Melrose Commons to develop an affordable housing development and cultural venue, presently known as Bronx Commons and the Bronx Music Hall. The project proposal included endorsements from local musicians, artists and historians, some of whom were introduced to WHEDco through Fordham University’s Bronx African American History Project (BAAHP).

2010: WHEDco convenes a Music Advisory Board composed of Bronx artists, musicians, activists and historians, to guide the plans for the Bronx Music Heritage Center.

2010: WHEDco opens a rooftop urban farm at Intervale Green, which allows tenants to grow their own healthy foods in family or communal plots.

2011: WHEDco, in collaboration with MSG’s Garden of Dreams Foundation, opens the Teen Leadership Center, which includes a computer lab, meeting space and a lounge space for the Teen Program.

2013: WHEDco completes a cellar-to-roof energy retrofit of the Urban Horizons development to reduce carbon emissions and utility costs throughout the building.

2013 – 2014: WHEDco conducts a needs assessment and surveys to drive its community development initiatives in the Melrose neighborhood of the South Bronx, which surrounds the site of Bronx Commons.

2015: WHEDco expands its Youth Education and Development initiatives through a partnership with the South Bronx Early College Academy Charter School (SBECA), which opened to an inaugural class of 115 sixth grade students, and currently serves 330 students in grades six through eight.

2015: WHEDco expands the Urban Horizons Student Garden, which serves as an outdoor classroom and facilitates a seed-to-table curriculum for children in our Early Childhood Discovery Center, After-School Program at PS/MS 218, and Summer Arts Day Camp.

2017: WHEDco announces that its Founder, Nancy Biberman, is stepping down as President of the organization, and names Davon Russell, WHEDco’s Executive Vice President who pioneered WHEDco’s youth development and education programs in 1997, as her successor.